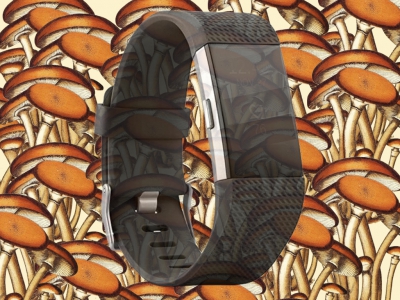 In a recent study titled ‘Reactive fungal wearable‘, researchers explore the use of fungi as a potential candidate to produce sustainable textiles that can be used as eco-friendly bio wearables, for instance, the processors in tech wearables like Fitbits could be replaced by incorporating mushroom mycelium.

The joint research venture undertaken by the University of the West of England, Bristol, the U.K. (UWE Bristol) and collaborators from Mogu S.r.l., Italy, Istituto Italiano di Tecnologia, Torino, Italy and the Faculty of Computer Science, Multimedia and Telecommunications of the Universitat Oberta de Catalunya (UOC) has assessed the sensing potential of fungal wearables.

The researchers of the study conducted several laboratory experiments on the electrical response of a hemp fabric captured by oyster fungi by attaching it to computer sensors and stimulating it with attractants and repellents.

Wearable devices require complex and sophisticated circuits that connect to sensors having at least some computing power, thus making them ‘smart’.

Oyster mushroom mycelium, the fibrous mainframe tissues of fungi that populate under the soil and from which mushrooms sprout was able to perceive several external stimuli like light, temperature, and moisture, as well as certain chemicals in the environment, and even electrical signals in a way that imitates the same function for sensors and processors.

To explain this concept further, we use an example of a heart rate monitor, and using the study’s findings, the mushroom’s perceptions of the environment would become the data that gives you the beats-per-minute count on this device.