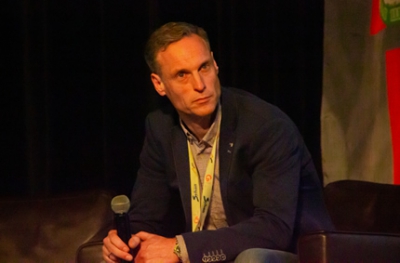 On April 23 and 24, the Russian Mushroom Days took place at the Azimut Olympic Hotel in Moscow. Every year the event attracts more and more professionals from around the world. And already at the entrance it became obvious that this one was no exception.
Within the Mushroom days, a two-day international conference “Russian mushroom growing: a new quality of growth” was held, at which manufacturers of equipment and services from Russia, Europe and Asia spoke. I was lucky to present products new to the Russian market at the conference: ChampFood supplements and Lambert mycelium. Lambert presented the revolutionary Speed Spawn to the Russian audience, which aroused great interest among those present.
The conference announced the production and consumption of champignons in Russia in 2018 and early 2019, which surpassed all, even the wildest forecasts of previous years. I had the opportunity to talk with the heads of the mushroom enterprises operating and under construction with a total capacity of 70,000 tons of mushrooms per year. It is important to note that the rapid growth of mushroom production in Russia is taking place against the background of a smooth growth of retail and wholesale prices for mushrooms.

In the near future, competition between manufacturers will increase, and the main factor determining the success of enterprises will be the quality of management. Since there are only a few such specialists in Russia, the management culture of large mushroom enterprises should be imported in the same way as equipment and mycelium. For long-term sales of equipment and services in Russia, and even more so for possible investments, it is necessary to supply not only equipment and materials, but also production culture. The farther, the more accessible the material resources will be, but the payback of investment will depend more and more on the culture of their use.

Last modified on Thursday, 09 May 2019 19:43
New reality, destruction of stereotypes
back to top