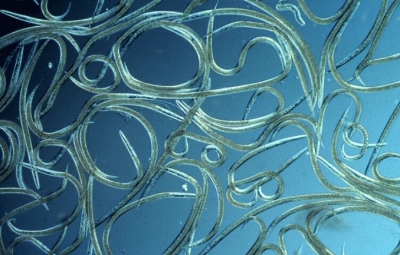 Small worms instead of poison

Nematodes are tiny and barely visible once they have found their host, but very effective. You can take advantage of this by using them against harmful insects. Nematodes can be found almost everywhere in the world: in white beach sand, on potatoes in the field and in the mountains as well as in the deep sea. Most of them are tiny and only visible to the human eye under a microscope.

Because of their appearance, they are also called roundworms, roundworms or nemotode worm. These names are often negatively affected, because many species are known because they cause damage to plants or are pathogens for humans and animals.

Nematodes as beneficial insects
But most nematodes are harmless. Some species have even been shown to be beneficial in biological pest control. These species are produced by the company e-nema from Schwentinental near Kiel.
The nematodes are propagated in large bioreactors, mixed into a clay mineral and sent to customers. Nematodes are relatively host-specific and therefore harmless to other organisms. They mainly work against larvae of harmful insects in the soil: they actively penetrate the larvae and kill them after a short time. The nematodes multiply en masse in the carcass and then leave it to attack new larvae. 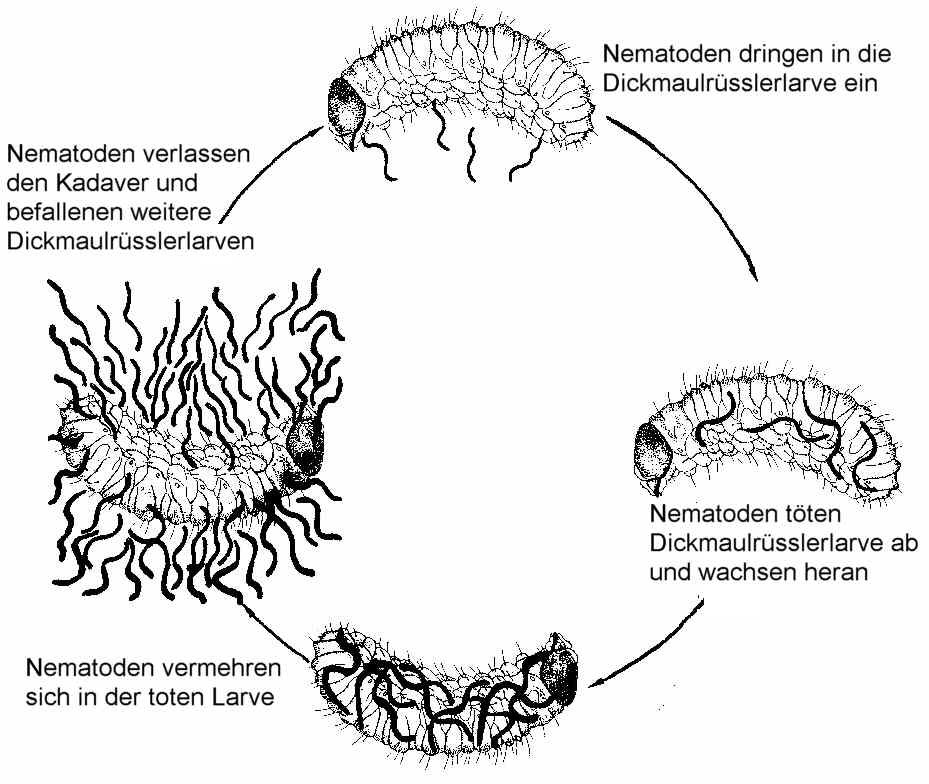 Nematodes in action
Nematodes are effective against many pests that house and garden owners have to struggle with: white grubs, groundworms, root fly larvae, fungus gnats, weevils and garden beetles.
They are also used around the world in agriculture, horticulture, fruit and vegetable growing, tree nurseries and mushroom growing.