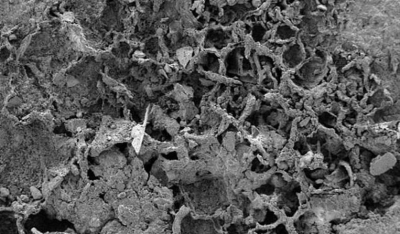 Oldest mushroom in the world found in Belgium’s Africa Museum

Belgian Scientists have discovered the remains of the oldest mushroom in a collection piece from the Africa Museum in Tervuren.

The fossilised remains – 715 to 810 million years old – were found in a rock in the collection by scientists from the French-speaking university ULB.

This research casts new light on when mushrooms first became present on earth, as previous findings had placed the oldest mushroom at ‘only’ 460 million years old.

The fossil, however, does not look at all like a mushroom, more resembling the roots of a plant or tree, according to reports. The results suggest that fungi helped create the first plants on Earth 500 million years ago.

“This is an important discovery, which invites us to review the chronology of the evolution of organisms on earth,” concludes research leader Steeve Bonneville, who published his study in the scientific magazine Science Advances.

There may be still many older mushrooms, as scientists have only discovered about 120,000 species of an estimated 3.8 million.

Mushroom Volume Hits Record High; Prices Continue to Rise Fungi That 'Eat' Radiation Are Growing on the Walls of Chernobyl's Ruined Nuclear Reactor
back to top
Cookies make it easier for us to provide you with our services. With the usage of our services you permit us to use cookies.
More information Ok